When does a journey begin

This walk starts in Lancaster… But did it begin there?

For these travelers, exploring north up the Lune Valley, there was the journey before the journey…. and that included the discoveries in Lancaster which, if one was being strict about the ‘formal’ start, would never have occurred. Yet some of these discoveries and observations were directly re even to the overall route.

What follows at this point are not many words. Hooray shouts the already bored reader wondering why existential style speculation about ‘beginings’ should matter.

The time is not right for many words. This journey is in part about ‘engagement’ … With – ‘The Other’, the people one meets, the places, the wider environment, various discoveries made and a variety of inner personal issues that occur through the engagement with the outer aspects.

Thus hearing and seeing lapwings and curlews (which occurred throughout the first day) raises interesting questions relating to species survival (one statistic recently suggests that in the UK,there are more breeding pairs of Red Kite, than curlews). The discovery of a working brickworks led, later in conversation with local people, to a brief reference to the present economic difficulties and the damaging effects on house building with it’s potential for closure of a major local employer.

Therefore to spend time ensuring that there is an appropriate Internet connection and once achieved, then more time writing, would be to damage one of the important purposes of this journey.

So, at this stage… Some pictures…. Hopefully they allow the observer to also engage as they interpret (without any controlling literary ‘guidance’) what is seen. 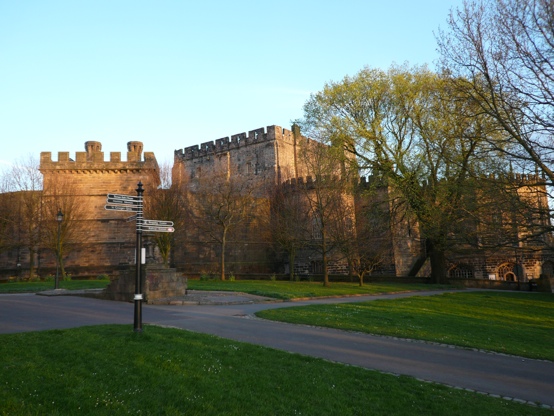 There is a rather curious juxtaposition in this area…. The views taking the observer way beyond the place, the Priory Church a civic statement but all these next to the castle which feels more ‘real’ than most as it is still (just) a functioning prison and clearly designed to discourage movement over it’s walls. Further: just outside the area – and originally outside the city walls – is an historic Friends Meeting House. George Fox was stoned when he tried to preach at the Priory Church.

The modern seekers after enlightenment were given a very different reception and slept in the Priory Refectory alongside some of the church’s treasures. 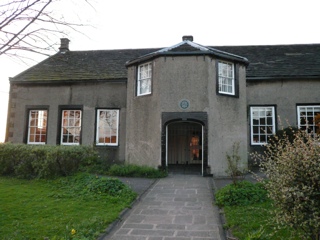 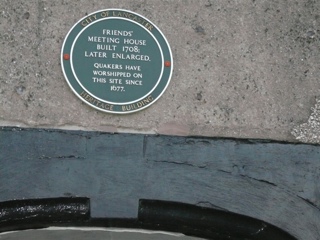 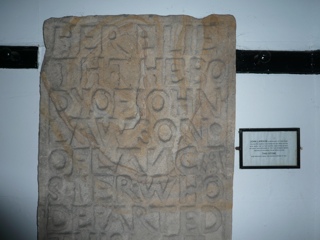 The present incumbent at the Priory was, originally from Pontefract. Given the personal history relating to the Dukes of Lancaster his appointment could be seen a a sort of unintended resolution of an old and rather sad conflict, given that King Richard II, having been deposed by a Lancaster was confined to Pomfret Castle, where he probably was left to starve to death. 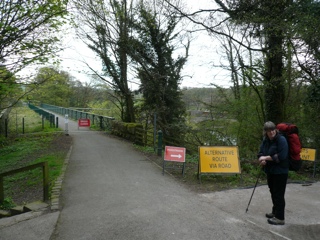 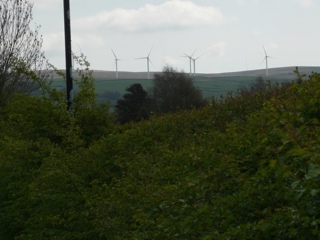 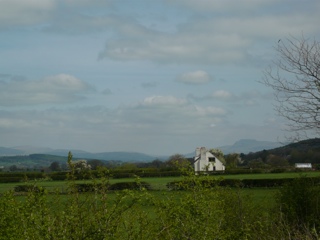 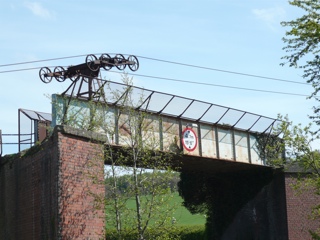